Housing on the Rise – Finally a Positive Change 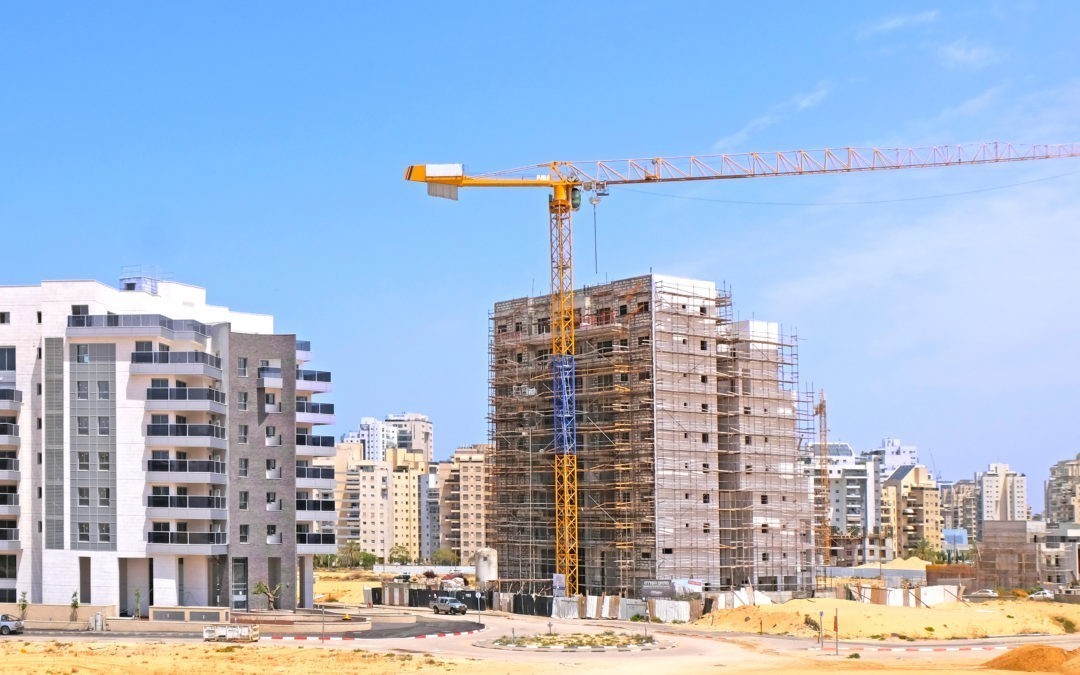 Israel celebrated more than a gold Olympic medal this week, dishing out some gold of its own after finally passing a budget after three-and-a-half long years. Coming up big is Minister Ze’ev Elkin’s Ministry of Housing and Construction, which received an annual increase of 400 million NIS, bringing its yearly budget to now 1.5 billion NIS, in addition to another 2.5 billion NIS to be used for urban renewal and other new public buildings (4,700 of them!). His new plan promises to lower the prices in the housing market immediately.

Many are excited that this really could mean a truly positive change in Israel’s never-ending housing crisis that it suffers from. Israel’s demographics show an ageing community that is not yet moving out of their homes, with many, many young couples coming up to the point of buying homes. Couple that with the growing foreigner vacation home market, there simply just aren’t enough homes in Israel.

Minister Elkin is getting rid of the old programs (Mechir Lemishtaken and Mechir Mufchat) and morphing them into the new Target Price Program, or Mechir Matara. The idea is simple; offer a smaller discount, but to more qualified buyers. This will then lower the overall market price for apartments and getting more people into their own homes.

The new programs come with the relatively dramatic reduction of 100,000 NIS less than what winners received before.  Now, new couples will receive 20% savings (up to 300,000 NIS), rather than the old 25% (up to 400,000 NIS).  Obviously though, it is still a very significant savings. The details of the apartments under the new program are very similar to those of the old. At the same time, the Treasury will be parting with billions in land rights (which will be written down as income lost on the land, rather than actually transferring any cash) to be used for this new program, touting its worth in order to provide certainty for those purchasing an apartment.

Working hand in hand with Minister Avigdor Lieberman, 60% of the new homes in the deal will be offered in the Mechir Matara Program. The homes will be built in periphery and lower demand areas, saving the government from absorbing higher-valued discounts in more desirable areas in Israel. This means new buyers should look to places like Ashkelon, Beer Yaakov, Ashdod, Yehud, Kiryat Gat and Beer Sheva can expect new discounted projects. The winners of the tenders of course goes to the highest bidder, but since the price of the apartment must remain the same for everyone, along with the quality of the work and materials used, the winner is the one who bid the most for the land itself.

Israel’s new government seems to be tackling this very serious issue head on, affording the Ministry of Housing and Construction the opportunity to really make sure that things move and that homes actually get built. As you can imagine, massive building projects take tons of time and tons of money. Now imagine taking this gigantic machine that is the building market, and essentially freezing it due to the budget never passing in the Knesset. Finally, after three-and-a-half years, however, money is moving again to get these large-scale projects in place and developed. Everything is ready to go already as they’ve had lots of time to plan, and so all things point to a significantly great positive change about to happen in the Israeli housing market — at least for the many young couples who are finding the sky-soaring prices and relatively high down payment requirements Israeli law requires to succeed in purchasing a home in Israel.

While the discount is less, it’s a lot more realistic now to be able to win, and so there should be more people acquiring apartments. Again, the idea is relatively straightforward, to aid more and more young couples to purchase affordable housing, rather than having a few lucky winners who seemingly won the lottery. This way the Ministry will be able to help many more people, thus hopefully positively affecting the market in both the supply and demand aspects.

Minister Elkin told The Marker, “The Target Price Plan (Mechir Matara) is complimentary step to a series of measures we have approved to increase the supply of housing units, including increasing planning, marketing and execution, and investing billions in transportation and education infrastructure – which are significant housing support infrastructures. ” The new plan should show a reduction in the cost for young couples short-term, which will ease the transition it will take until more units are physically built.

While it’s not enough, it is a lot, and certainly all of Israel’s resources can’t go into this problem alone. It is a realistic and ready to be implemented positive change, a wonderful beginning for a great start in the right direction.

Odiel Malchi, at The Blogs